Chinese tech conglomerate DJI is continuing a torrid summer for new product releases with another announcement: the DJI Osmo Mobile 3. The third-gen handheld smartphone stabilizer has several new features, but the biggest is that the Osmo Mobile 3 folds up for easier packing.

The Osmo Mobile 3 costs $119USD and is on sale starting today. DJI is also selling a combo pack that includes a tripod and carrying case for $139USD.

Some of the biggest tweaks came from user feedback, DJI says

Overall, the Osmo Mobile 3 is shorter and smaller than its predecessors, meaning it should be easier to hold for longer periods of time. But DJI didn’t cut corners or skimp on features to make this happen. In fact, it even brought back the trigger button from the first-generation Osmo Mobile.

The company says the controls have been streamlined so the new Osmo Mobile is easier to use one-handed, and the folding design has also opened up access to ports that can charge the user’s phone or allow them to hook up an external microphone. The Osmo Mobile 3 has roughly the same 15-hour battery life as its predecessor, though it now charges via USB-C. 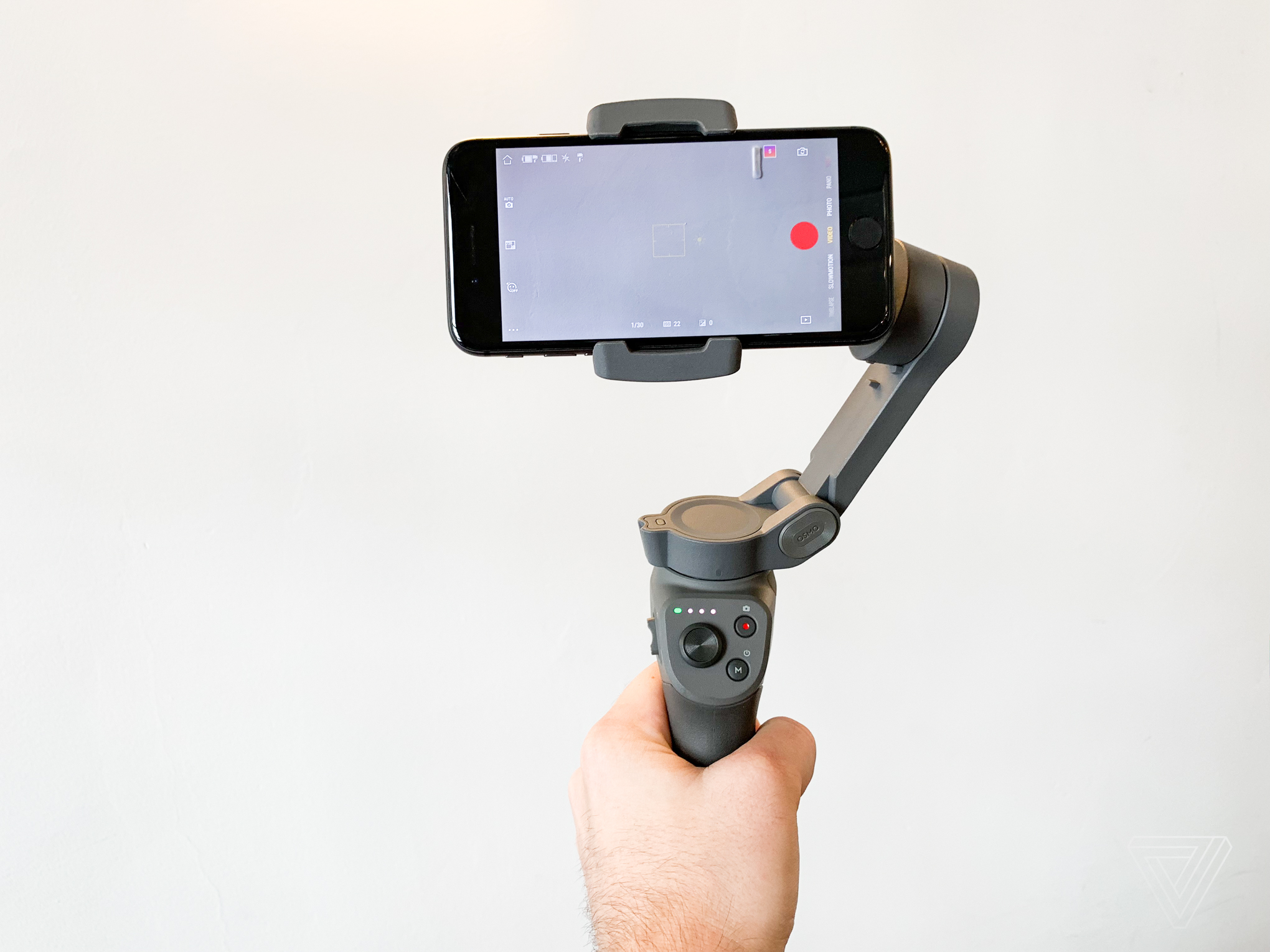 Not being able to easily pack away the Osmo Mobile was a common complaint with the first two generations of the product. DJI also says users complained that it wasn’t easy enough to quickly switch the smartphone’s orientation from portrait to landscape (or vice versa). That has been fixed with the Osmo Mobile 3. Users can now just tap the “mode” button three times, and the gimbal will rotate the smartphone automatically.

Just like it did with the Ronin SC gimbal and the RoboMaster S1 toy tank earlier this year, DJI is taking some of the smart features it developed for its drones and bringing them to the Osmo Mobile 3 via the Mimo app. The headliner is Active Track, DJI’s computer vision tracking system. There are also options like time-lapse, hyperlapse, panorama, gesture control, and a “story mode” that automatically edits footage together for beginners.

DJI is best known for its flying drones, but it’s been a while since the company released a new product in that category. Instead, DJI has spent most of 2019 broadening its portfolio and iterating on other popular products. The Ronin SC is a more refined, portable, and affordable gimbal for mirrorless cameras. The Osmo Action is a legitimate GoPro competitor, despite being DJI’s first entry into the category. The company released a new set of FPV goggles and a tiny camera tailored for drone racers and filmers, as well as the more educational-focused RoboMaster S1. The Osmo Mobile 3 is just the latest example of the Chinese company’s growing consumer product prowess.